In 1661 a young Dominican, Father Philip Thomas Howard OP founded a nunnery at Vilvorde near Brussels, close to the English Dominican Novitiate and House of Studies at Bornheim in Flanders. The strict penal laws affecting Catholics prevented his refounding the Dominican Order in England. The nunnery, though, was emphatically English, and young women from England comprised the overwhelming majority of the Community, including one of the Comptons of Hartpury. Professed as Sister Margaret Joseph, she became Prioress in 1743. The nuns moved to Brussels, where their nunnery was known as “Het Spellikins” (the Pin House).

In 1792, following the defeat of the Austrian army, the French invaded Flanders and approached Brussels. After reverses which forced them to withdraw, the French again threatened Brussels in 1794 and on 21st June the nuns were told they must prepare to flee. They could only get two carts for the sick and aged, the rest were obliged to walk. Enclosed nuns are hardly trained for walking under a burning sun and ankle-deep in hot sand for nearly twenty miles! They arrived at Bornheim at eleven o’clock at night totally exhausted. There they remained until the evening of the 24th when the nuns and friars began their journey to England. They took two small vessels to Antwerp and from there to Rotterdam, where they remained for ten days. They eventually found an American ship which agreed to take them across the Channel for £100. They arrived in London on 16th July.

It was feared that the nuns might have to separate, however they were befriended by Jane and Catherine Berkeley of Hartpury – great-nieces of Sister Margaret Joseph. The sisters put Hartpury Court at their disposal. 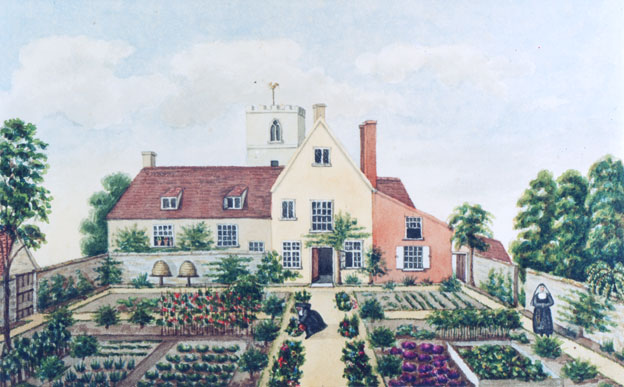 The nuns lived there for 45 years where they opened a school for young ladies aged from six to twelve.

‘At Hartpury Court 5 miles from Gloucester, Young Ladies from 6 to 12 years of age are boarded and educated on the following terms:- for board, washing, reading and writing and arithmetic, English and French grammar, geography and the use of the globes, also plain and ornamental works, twenty-eight guineas per annum, fourteen to be paid half-yearly in advance. Entrance two guineas. For the use of sheets and towels, unless the young ladies bring them, half a guinea per annum. No vacation will be kept, nor any additional charge made on that account. Each young lady to bring a knife, fork, table and teaspoon to be returned when they leave school. Uniform for every day, purple bombazet, to be furnished by the school and placed to account and white for Sundays. Music and drawing per quarter one guinea each, entrance one guinea each – Dancing per quarter one guinea: entrance half a guinea – N.B. English grammar taught by Rev. L. Brittain. Three months notice to be given previous to leaving school, or pay three months board etc.’ 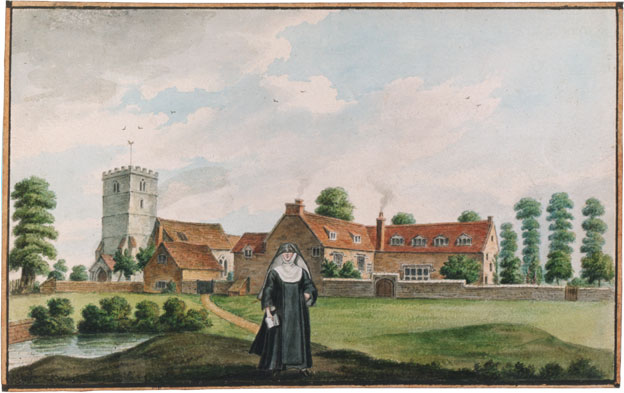 In 1829 following the Roman Catholic Emancipation Act the nuns were, at long last, able to worship openly. A Chapel, then dedicated to St Mary, was built onto the west wing of Hartpury Court. The girls were taught in rooms in the Court and went to services in the Chapel through the door (still existing at first-floor level) to the gallery.

The school was closed in 1833, so that the nuns could resume the contemplative life and observances they had been obliged to give up for so long. Meanwhile, Hartpury Court was getting very much out of repair. The nuns managed to raise money to build a Convent at Atherstone in Warwickshire and they left Hartpury on 16th September 1839. Nine of their number and two chaplains: Rev. Frs. Lewis Brittain OP and Vincent Adamson OP are buried in the village churchyard, although the graves are not marked. The nuns later founded a Priory on the Isle of Wight, and remained there until the last five members of the Community left and the Convent was closed on 17th October 1989.

A leaflet about the nuns is available – see Sales and Hire 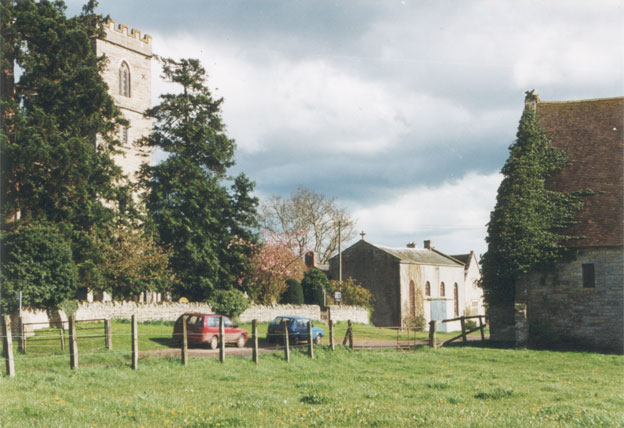