The settlement at Hartpury was once known as Morewent and it is under variations of that name that it appears in the Domesday book. It has been suggested that the first priests visiting the village preached under an ancient perry pear tree. In due course a church was built in its shade and became known as the church of the hard pear: Hardepirige – hard pear, like the perry pear. Hartpury eventually replaced the earlier Morewent as the village name. 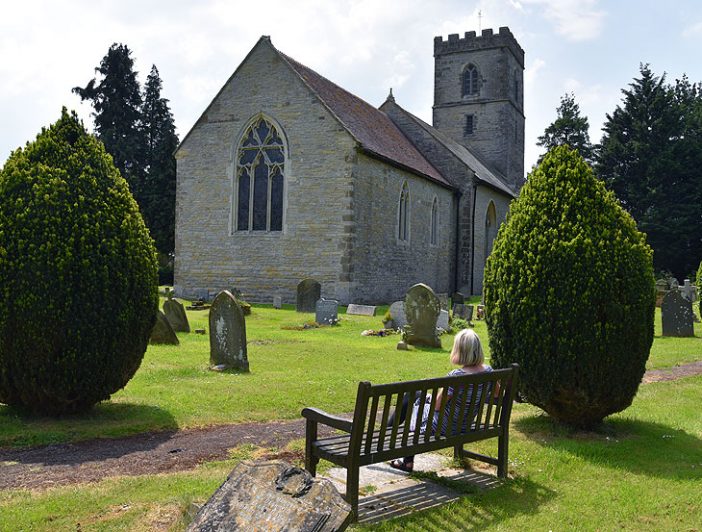 The present church, now dedicated to St. Mary, was built before 1100 and like all early Norman churches, would have been dark with massively thick walls and small round arched high-level window openings. An example of this type of window can be seen blocked up in the north wall of Hartpury’s nave. Also Romanesque are the chancel stone arch and the south door, which is now also blocked.

The Church is entered through a fine carved oak porch dating from the 14th century. Of a similar date are the two medieval carvings each side of the roof of the nave – the Green Man and his companion.