Most of the wall surrounding the churchyard was built at the end of the 18th century.  An entry in the churchwardens’ accounts records the purchase in 1797 of 12 tons of stone from the village quarry – for the wall, together with 30 gallons of drink for the workman! 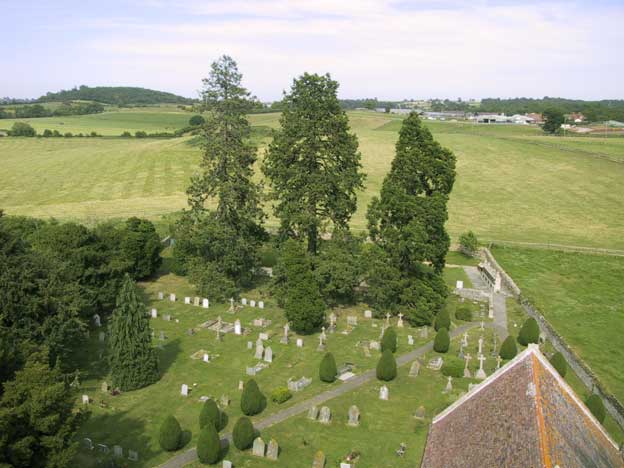 Lying to the north of the church are the oldest group of headstones, dating from the 17th century. They are easily recognised, as they are thick pale Cotswold limestone with a heavy carved hood, and include one with what appears to be the face of the Green Man. Before the end of the century green Forest of Dean sandstone was also used, which produced a thinner stone with more elegant script than was possible with the local blue Lias ‘mudstone’. These three stone types were generally used until the Victorians introduced marble and other stone from further afield. 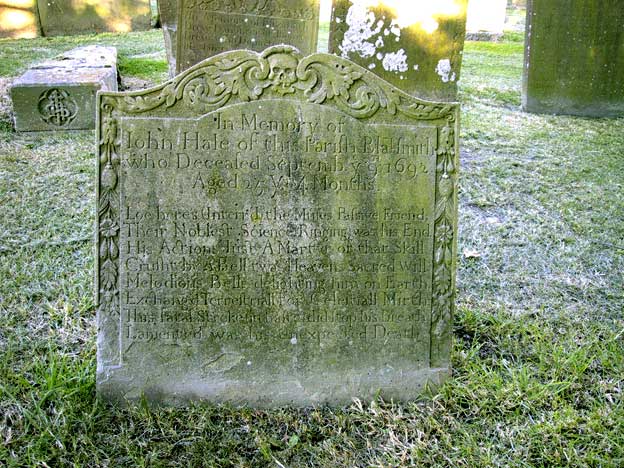 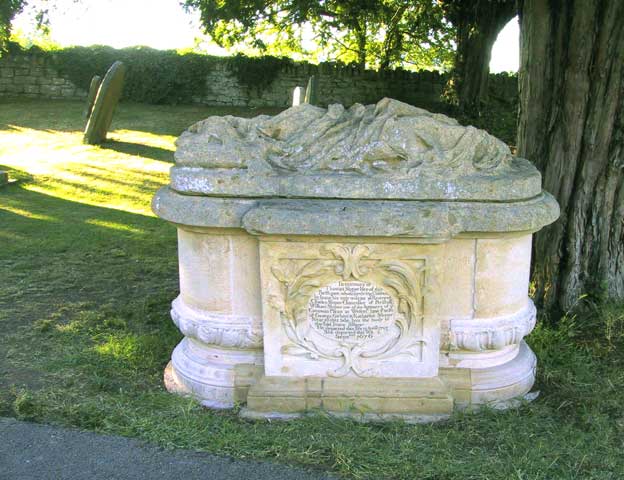 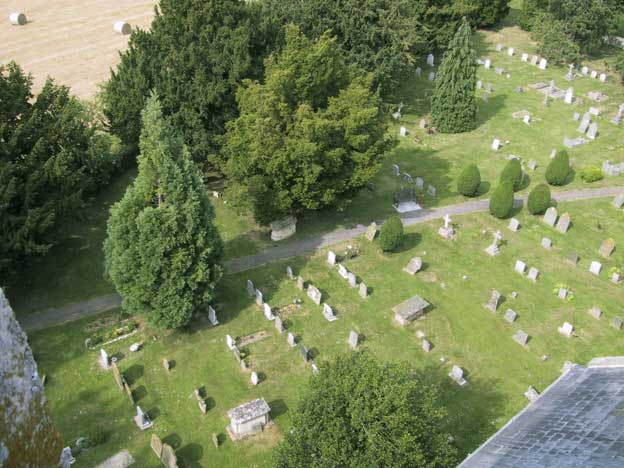