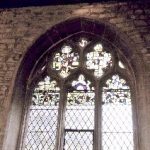 The design in the large east window is the work of Roy Coomber of Bristol. A dramatic use of glass which combines traditional symbolism with a vigorous sense of movement around the central figure of Christ, and installed in 1998. 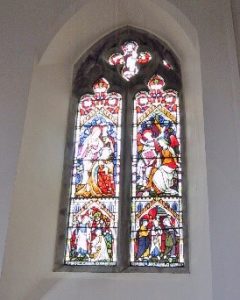 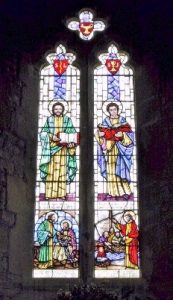 « The Chancel Screen
The Vicars’ Board »