For well over 500 years, the Green Man of Hartpury has kept a benevolent eye on the activities of the parishioners. The medieval wood carving, high in the Church roof on the south wall, is resplendent with vines and grapes issuing from his beard. It is thought by some that he might originally have been a bench end, although if this were the case it is strange there is not more wear to the base which would have been in contact with the damp floor. 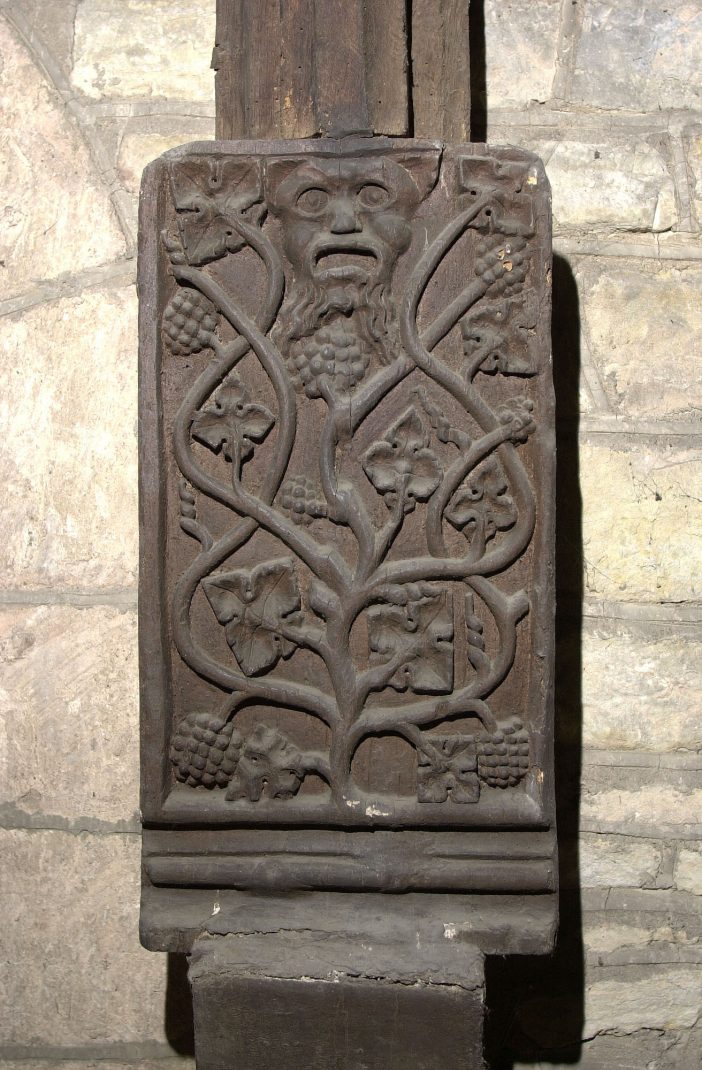 A Green man is generally represented as a head surrounded by leaves, sometimes with branches emerging from its mouth. The image has roots both in church tradition and in paganism. He was generally a benevolent, smiling entity as at Hartpury, and represents one of the most powerful and enduring symbols of pagan mythology. The Green man is associated with May Day rites celebrating rebirth and renewal and appears as the May King of May Day wreathed in garlands of oak and hawthorn – feigning death and then coming to life to dance with his disconsolate Queen.

The Green man represents our unity with the natural world and was regarded by early Christians as representing the energy of life reborn in Christ. He was adopted by the early Church to symbolise Easter and the Resurrection. Medieval legend has the Tree of Life growing from seeds planted in Adam’s mouth. Carvings of Green men are common in medieval churches and in particular with churches dedicated to the Virgin Mary with whom he is frequently associated, as is the case at Hartpury.

One mystery remains, who is the scaled figure, apparently seated, opposite the Green man in Hartpury church roof? 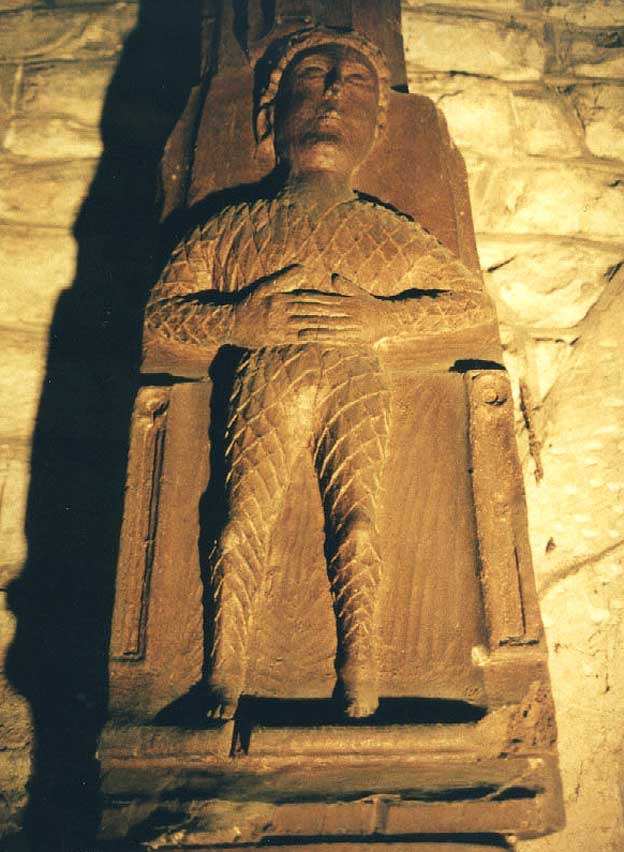 Possibly a monk, a crusading figure in chain mail, perhaps a ‘woodwose’ or wild man. A wingless angel has been suggested, but it is said by some to represent an immortal who was offered a perry pear when feasting at the top of May Hill. He took a bite, but its intense astringency caused him to spit it out, scattering the pips in Hartpury and other villages around the hill. The pips took root and these very local varieties grow to this day. Perhaps!